The best bread, ever.

Doddapatre (Plectranthus amboinicus), or Indian Borage, is a common herb in the Indian kitchen garden.

Also known as Ajwain Patta (‘carom-leaf’) because it’s succulent leaves have the distinct aroma of carom seeds, or ajwain, though this is not the ajwain plant. 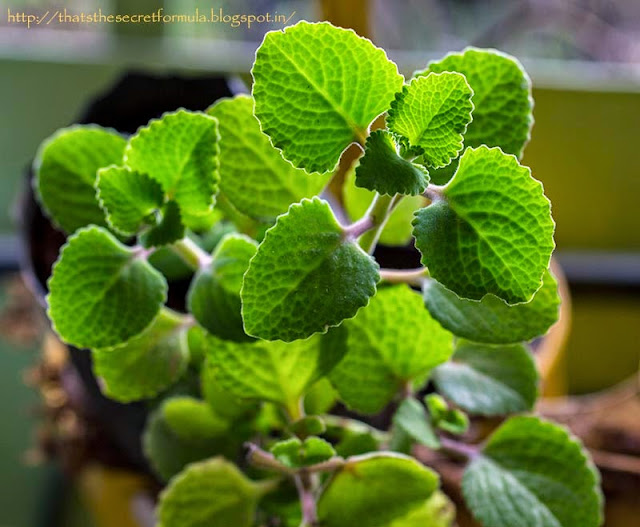 It is often used as a herbal home remedy for coughs and cold, or used as a culinary herb (as in this recipe), in dishes like thambli and the like. It is conveniently easy to grow from cuttings and low maintenance. At least it is in most parts of India.

So what better choice to use when  it’s time to flavour a home-made, wholewheat bread with some healthy greens. Plus, it’s always such a great feeling to use anything harvested from the garden, however small, isn’t it?!
The flavour is quite distinct, though, in this bread, subtle after baking. This is a herbed version of the bread that I’ve posted earlier. 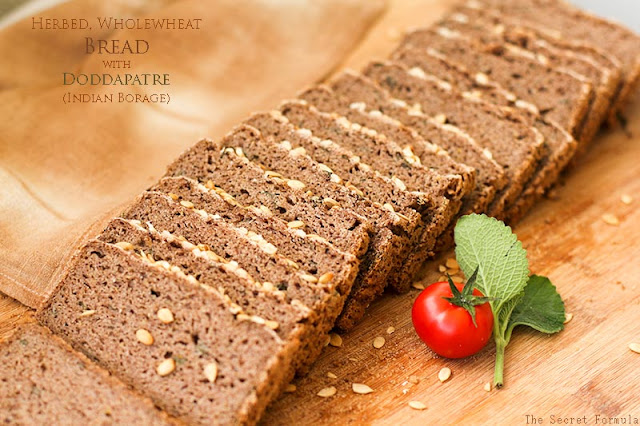 Mixing the chopped leaves in the dough will make it a bit of a challenge since they make the dough stickier. But don’t let that deter you. It’s worth the extra trouble. Wholesome and delicious, too.

Though it is looks and tastes like a regular wholewheat bread, this one also has some whole red rice flour and ground flax seeds in it. Both the texture and flavour of this bread are excellent. 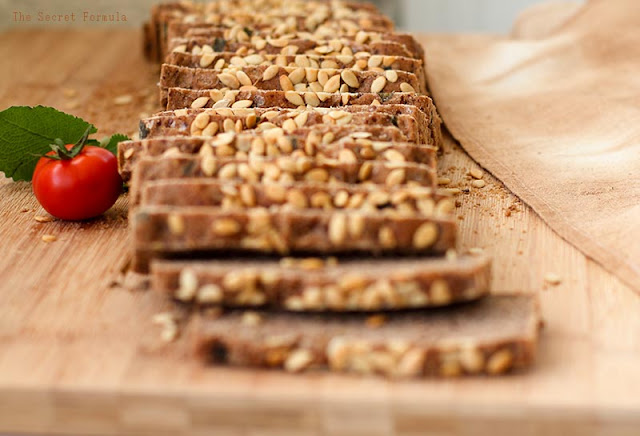 Note: I used a pan that was a bit too large, the only one free at the time, so the loaf, though well risen, was rectangular rather than square! So it appears brick-like, but it is not a brick by any means.
See the crumb up close, to get an idea!

Even the plain bread tastes delicious. Makes for great toast. 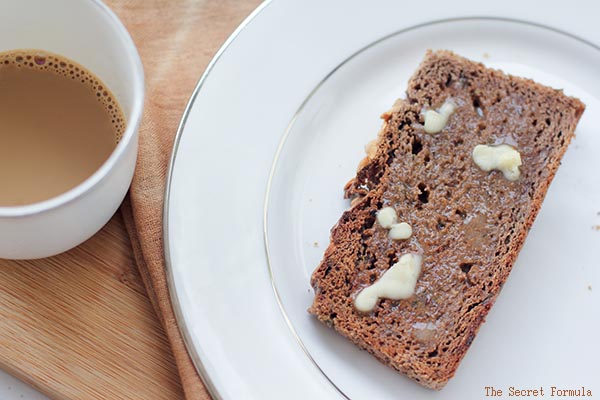 But we mostly made open-faced sandwiches topped up with some fresh, green, mint chutney and tomatoes growing in our balcony along with cucumber, salt and freshly milled pepper. 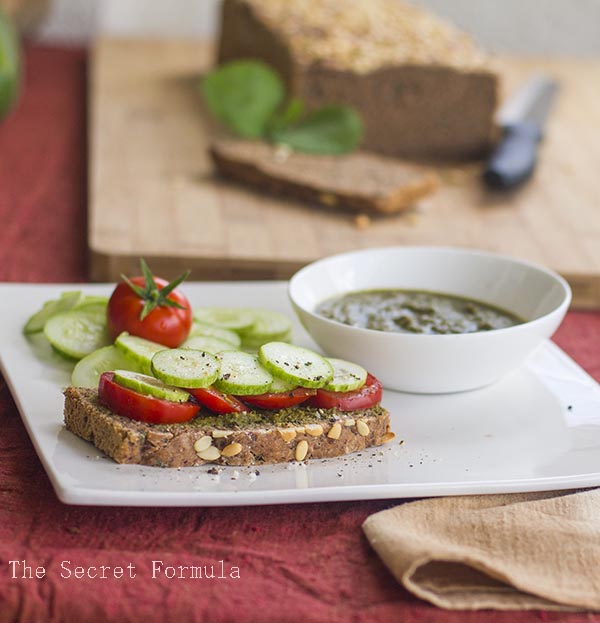 The best topping – those tomatoes made it from that pot to plate! 😀 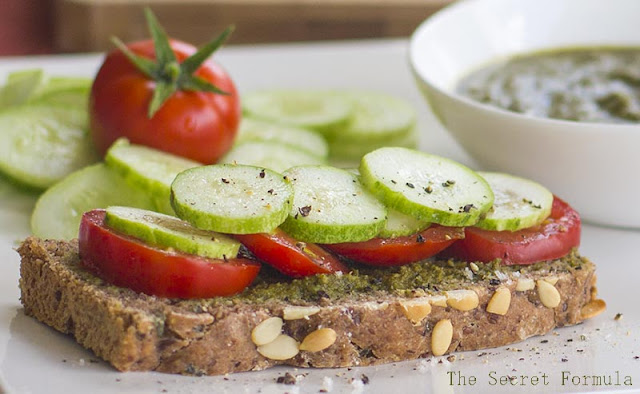 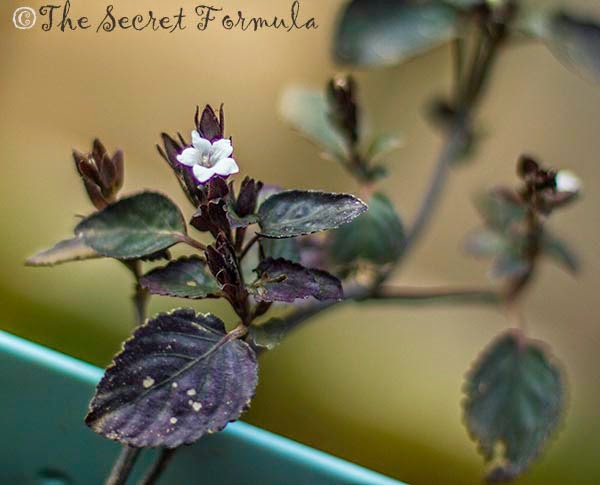 A tincture according to Wikipedia, is typically an alcoholic extract of plant or animal material or solution of such or of a low volatility substance.
So this pretty, purple-leaved plant is just one of many that would qualify.
Wikipedia link and Wikispecies link. 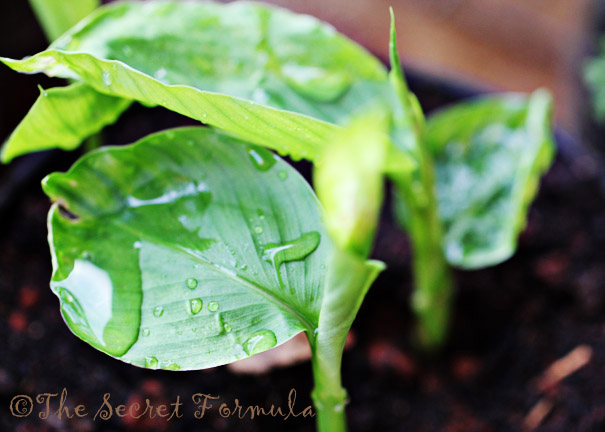 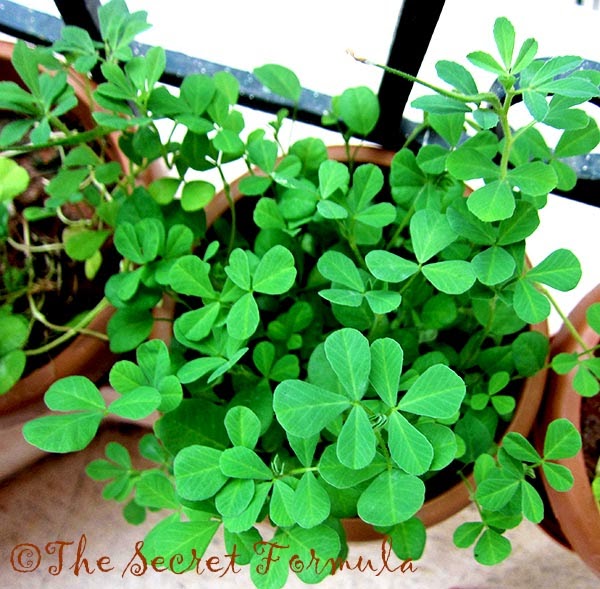 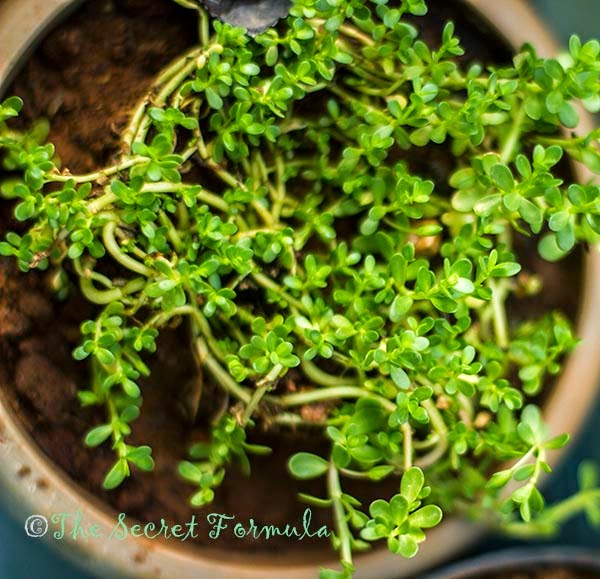 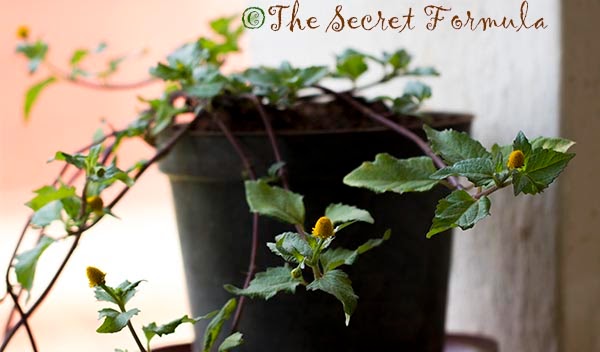 “The plant has traditional uses in Ayurveda. It is bitter, hot, sharp, dry in taste. In India it is known as bhangra, bhringaraj, and bhringraja. Widelia calendulacea is known by the same names, so the white-flowered E. alba is called white bhangra and the yellow-flowered W. calendulacea is called yellow bhangra.”
source: Wikipedia. 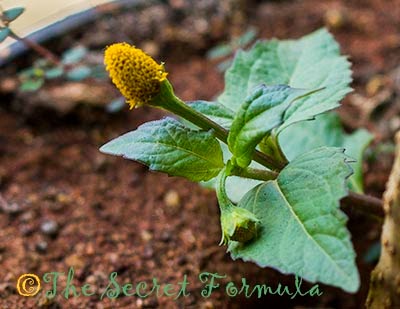 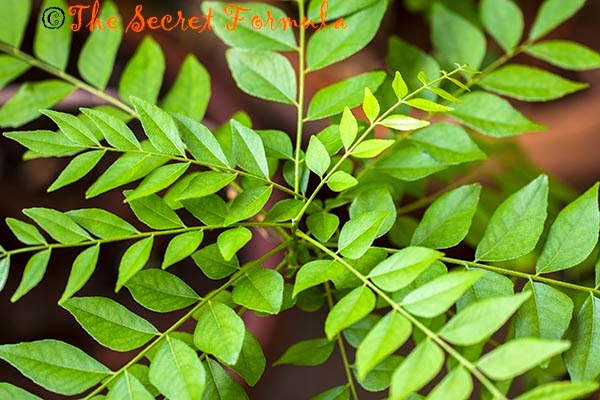 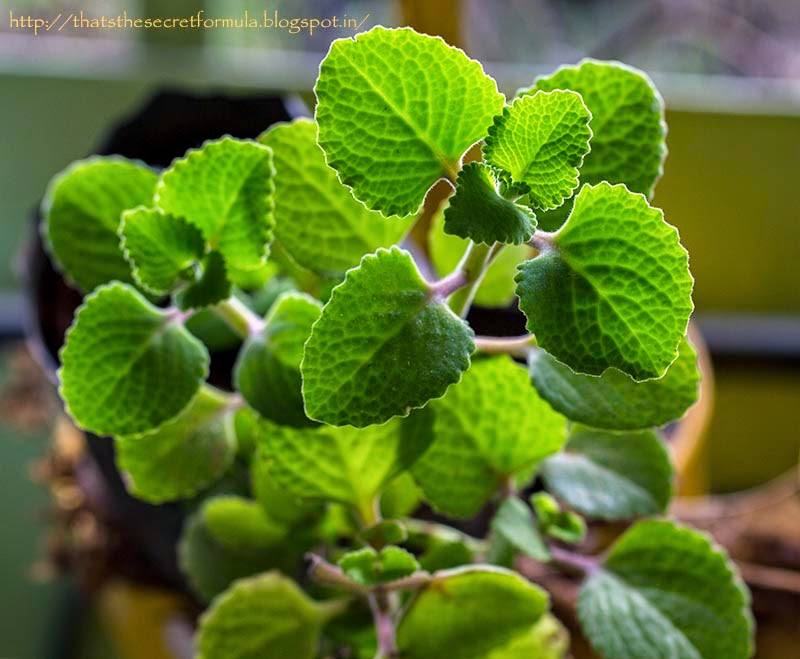 “Plectranthus amboinicus, once identified as Coleus amboinicus, is a tender fleshy perennial plant in the family Lamiaceae with an oregano-like flavor and odor.” (source Wikipedia) 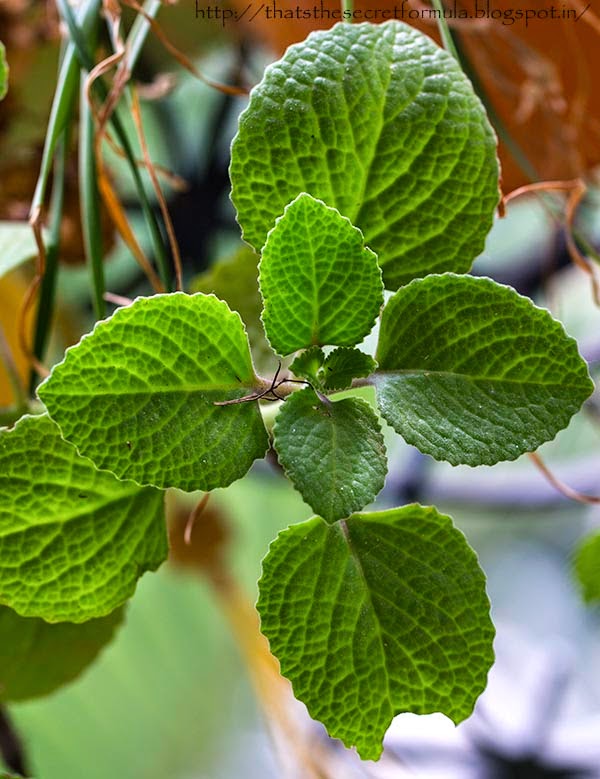 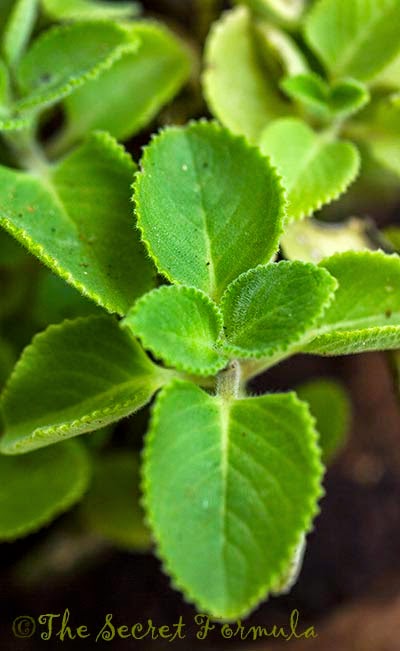 Also called “Ajwain Patta” because the leaves have a flavour of ajwain, it is a medicinal herb that works well as a home remedy for coughs and colds. 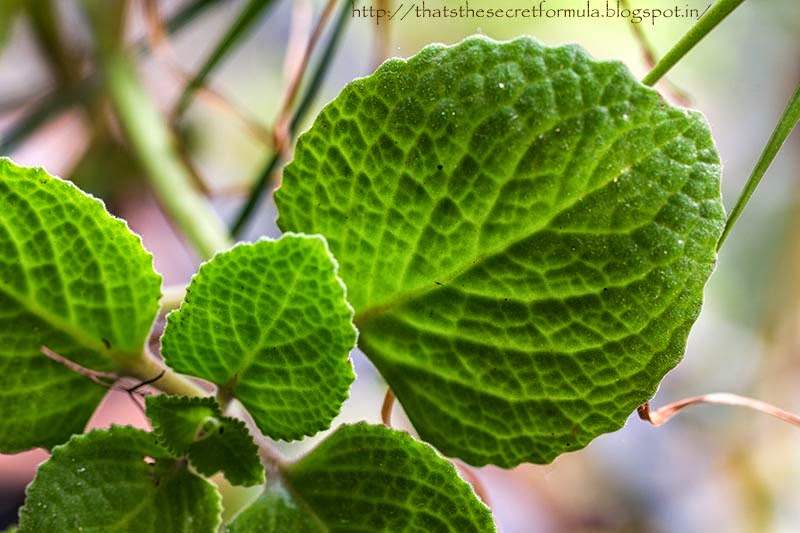 The leaves can also be made into a Tambli and consumed along with meals. 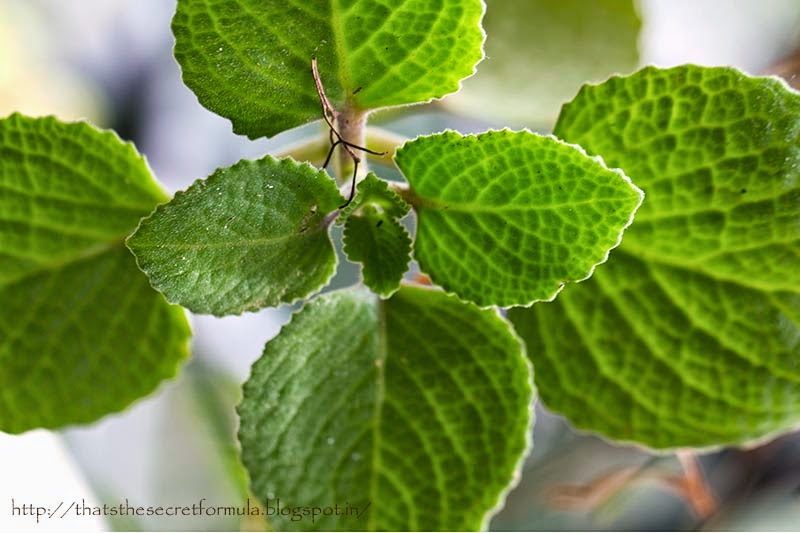 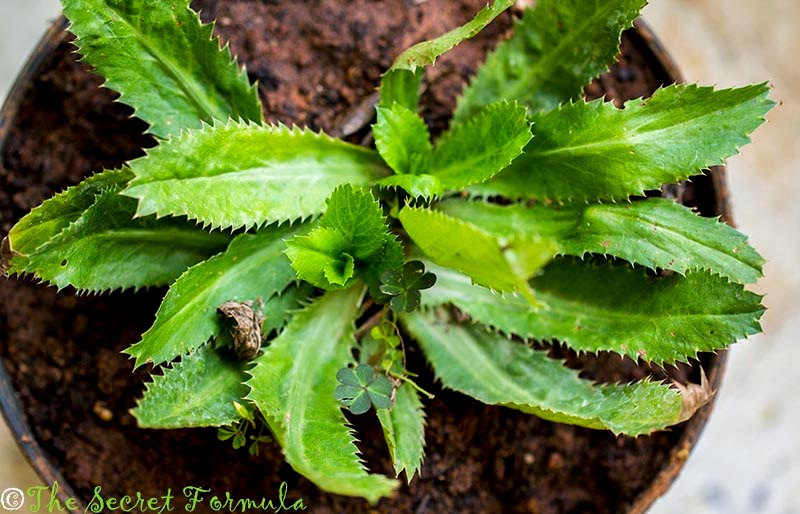 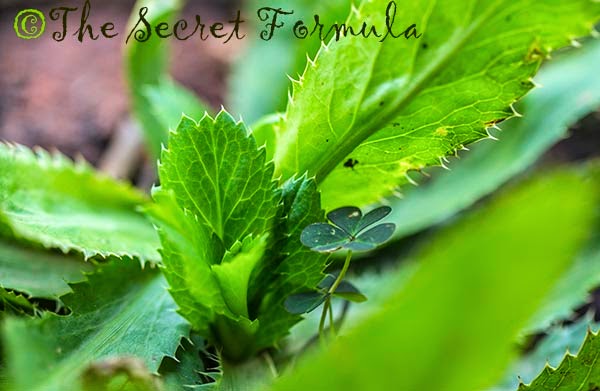