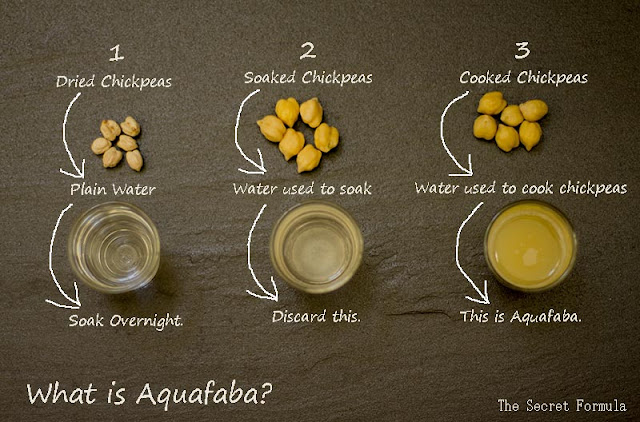 Huh, Aquafaba? What’s that, one might well ask. After all, it is a pretty recent discovery – just early last year.

Well, for anyone who doesn’t eat eggs, this might be a big discovery.

It is that magical, vegan ingredient that can do the seemingly-impossible task of replacing egg-whites in recipes like meringues, mousse, macarons, mayonnaise and so many more.

Aquafaba (read it’s history here), is nothing but the liquid from cooked chickpeas, or kabuli chana, which, luckily for me, is a fairly well known staple in my kitchen.

Christened thus, because it is just “water (from) beans” or “aqua faba” in Latin, by Goose Wohlt (check out his blog) who propelled it’s discovery (after he serendipitously chanced upon a rather obscure video by a French chef and blogger Joël Roessel) along with an explosion of experiments in the vegan circles.

Boiled chickpeas, and the precious water in which it is boiled, aka Aquafaba. 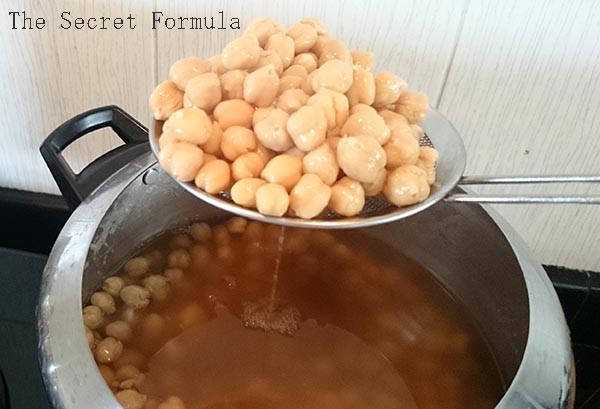 It works in varying degrees with many varieties of beans, peas, lentils, legumes.

Vive la good old ‘dal-ka-paani’ – yes, that too. I’ve tested some of those, as well. Will share as soon as something exciting gets concocted.

There is a science behind it, and there are limits to what it can do. Read the FAQ’s on the official site’s homepage (link above).

Interested? Do also check out the facebook group called Vegan Meringues – Hits and Misses which is a great place to discover (much, much) more and share your stories with other enthusiastic experimenters.

Just be warned, after visiting these sites, there will be a strong temptation to make too many dishes with sugar as the primary ingredient!

But even if you are not interested in Aquafaba, you might like chickpeas. They can be used in a myriad delicious ways, too. And the cooking liquid can be used along with the dish in most cases (it can be added to the hummus and choley etc)
Where ever I’ve referred to Aquafaba here, it is a reference to the liquid as intended to be used as the “egg-white-replacer” in other dishes and experiments. Else, it is just chickpea water, or cooking liquid.
Try this hummus, for example.
Or this mayonnaise.
Or this chocolate mousse.
And so many more.
So without further delay, here goes –
Required equipment: A pressure cooker.

Kabuli chana (Dried chickpeas): 1 cup (250 ml)
Water: 3 cups (750 ml)
Salt: To taste; Optional, but recommended. Avoid this if using the Aquafaba to make desserts.
(Taste the water after mixing in the salt, to gauge levels.) 2. Rinse and soak the chickpeas in plenty of water overnight, or six to eight hours. (This really means plenty – around five times as much water, because the chickpeas will swell to more than double their size. See picture near note, above.) 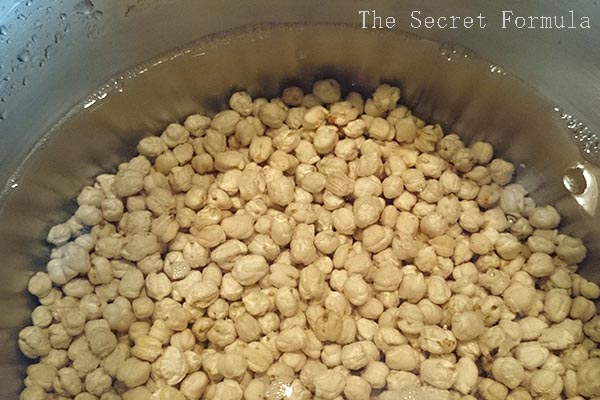 This is an important step that helps make the legumes more digestible, also making it more easy to cook.

Kitchen Hack:
For an emergency requirement, just soak in boiling hot water for two hours, instead of overnight.

4. Place into a pressure cooker, along with the three cups of water (plus salt, if using) and cook according to the stipulated time (see note below). Salt is recommended, unless making aquafaba.

5. After that time,turn off the flame, and allow the pressure to come down naturally as it cools. 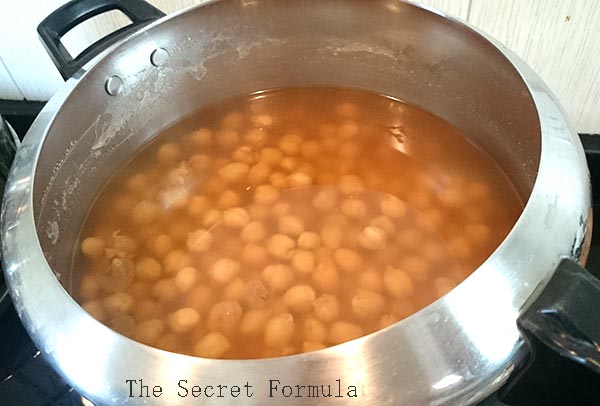 6. Once the pressure has dropped to normal inside the cooker, it can be opened.  The cooked chana (chickpeas) are now ready to be used. 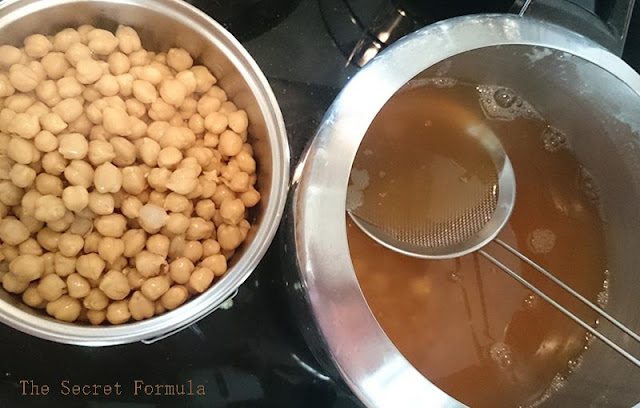 7. If using, strain and measure the liquid, which is the aquafaba. It will thicken and appear slightly gelatinous with time.  The strained chana/chickpeas can be used for any other dish (they are no longer needed in the aquafaba). They can also be stored in the fridge for 3-4 days.

8. Store the aquafaba in the refrigerator for upto a week, or freeze, in ice-cube trays for added convenience.
–  The general substitute for eggwhites in aerated desserts is 3 Tablespoons roughly equal one egg white. So for organised experimenting, freeze in blocks of three tablespoons! 😀 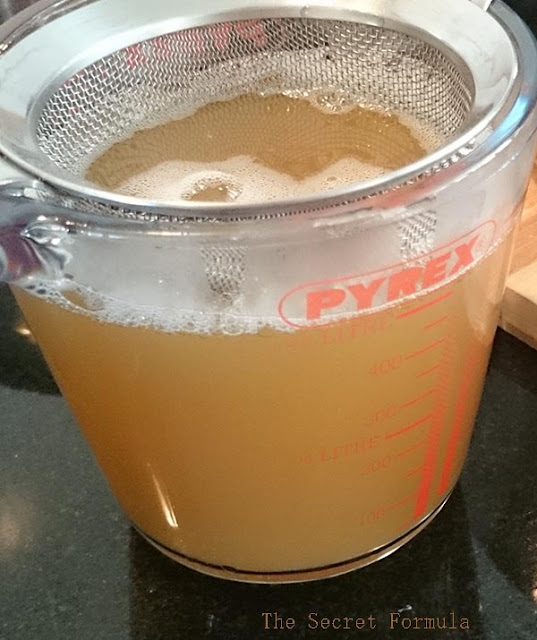 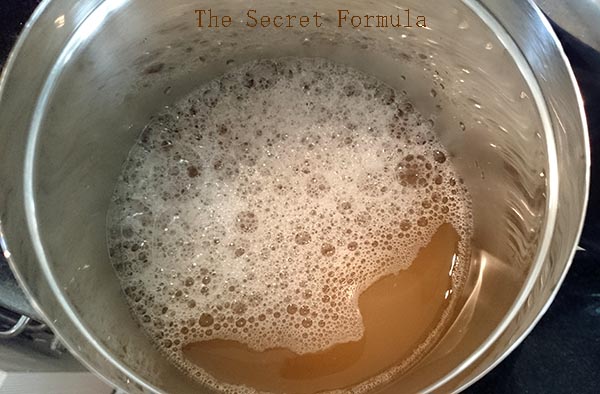