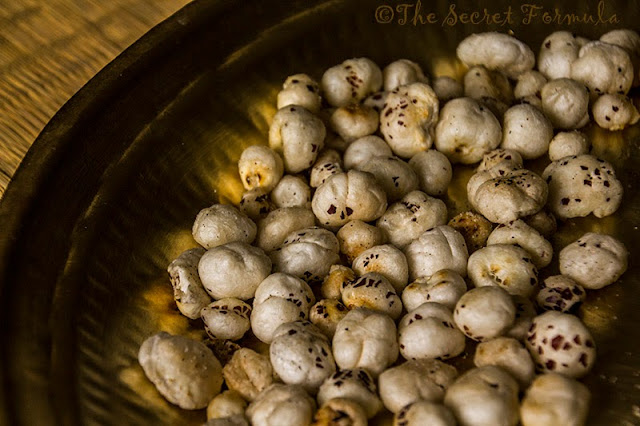 Once you’ve tried this quick and easy snack, you’ll find it hard to stop reaching out for more.

Guilt-free too, as it’s nutritious and low calorie!

And unlike corn, there is currently no danger of it likely to be genetically engineered.

Makhane or Phool Makhane as they’re sometimes called, are the popped seeds or nuts of the lotus plant*, of which nearly every part – flowers, seeds, young leaves, and “roots” (rhizomes) are edible.

(*Update: Though usually referred to, as lotus seeds (as I have done in this post), technically speaking, the commonly available ‘makhane’ in the Indian markets are the seeds of another similar plant, the water lily (Euryale ferox), which is commonly cultivated for it’s edible seeds. Though quite similar, and just as edible as actual lotus seeds, they are not the same.)
Their texture is a bit thermocol-like, as is popcorn’s, but the similarity ends there!

A very versatile and popular ingredient in puddings and curries, this salted version is a lesser known delicacy, but one which deserves much fame.

It’s bland enough to absorb the subtlest of flavours.

And in this case they are just a spoon of ghee, some salt and pepper.

In a heavy skillet or kadhai (wok) heat a teaspoon of ghee, and swirl it around to coat the sides. 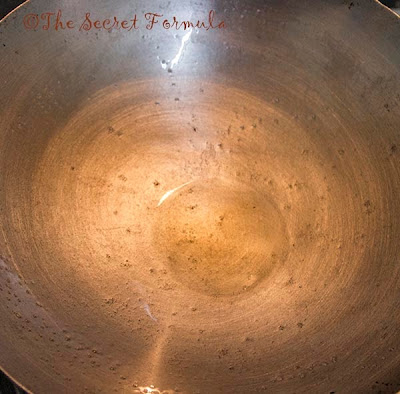 Add 2 cups of makhane and toss well. Keep stirring over a low-medium flame for a few minutes until browned.

They are a thirsty lot, so the idea is to quickly move them around so that the teaspoon of ghee comes in contact with all the pieces.

They can guzzle up several tablespoons of ghee if you choose to use that much! But even as less as half a teaspoon will do just as well, providing the essential aroma while roasting. (I couldn’t resist adding in one more teaspoons of ghee as I stirred!) 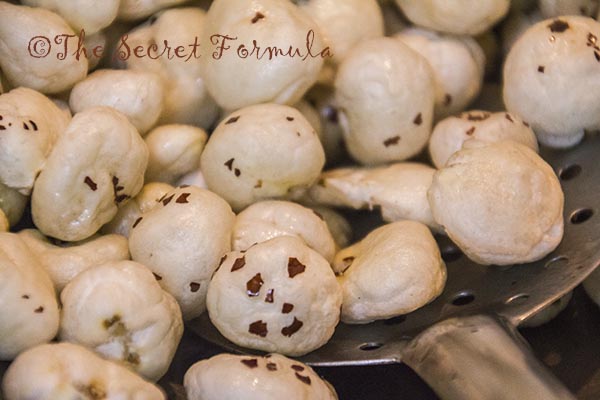 When nicely browned, aromatic and crisp, add the salt and pepper.  Mix well. 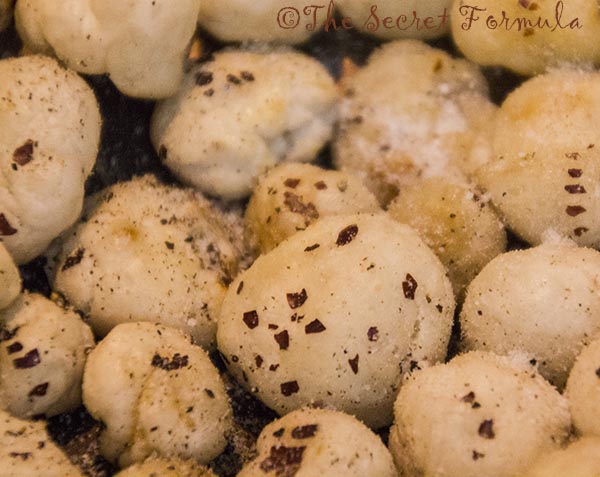 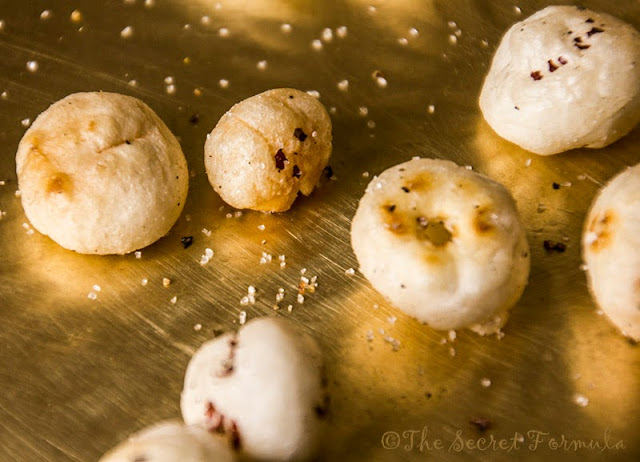