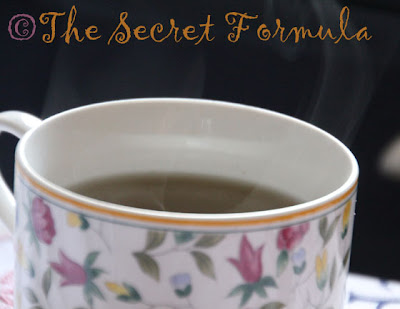 One of the more popular uses of stevia is to sweeten teas and beverages.  Here I found an interesting suggestion to make a tea using stevia in its dried leaf form and mint as a flavouring for the tisane.  Naturally I had to try it.

Since I had the powdered version from ASR Herbals, which looks and smells much like dried and powdered pudina (mint), I used just an eighth of a teaspoon,  and added a few fresh (ok, seen fresher days) pudina leaves. 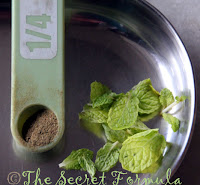 The mint leaves, too.  Simmered for 3-5 minutes, then strained.

Verdict:
Incredibly sweet (that was like adding two teaspoons of sugar!).
And again, the liquorice-like after taste (I’d say, faintly saccharin-like, too, if not for the bad connotation it lends) takes some getting used to. I can quite see how folks – even diabetics, who might appreciate a healthier, sweetener alternative, won’t instantly jump onto this bandwagon, if unfamiliar.
The sweetness lingers on in the mouth for quite some time afterwards (a bit like how the bitter taste of karela does). The fresh leaves version (of course, also containing lesser quantity of the leaf) doesn’t evoke such a strong response.
And, somehow or the other, the flavour of mint in tea always reminds me of toothpaste (never happens with pudina chutney, luckily.)
Certainly an acquired taste.
But I just might try it again (perhaps with lemon grass next time).
Simply because I’m rooting for stevia. (Pun not intended.) 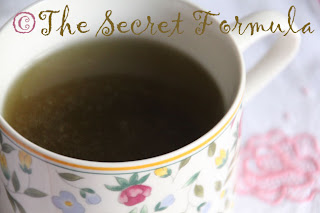