There are two, to be precise.  Here is one of them.

It is a stirrer of sorts,  to mix the sugar in your tea/coffee which is served on board an airline. I am compelled to snitch these every time. Honestly, isn’t it just the PERFECT spoon to measure out a “pinch” of an ingredient or a drop of liquid essence for that marvelous recipe?  For some reason, I have just one of these, and though I’ve never used it yet, I’m convinced it’s indispensable.

You will need to have traveled by Jet Airways in India to know about the second one.  I don’t have a picture of it, (they never last long enough to be photographed) – but chances are,  you’ll be quite familiar with that mouth-freshener sachet they give out along with the forks and spoons (and that stirrer)!

Until recently, there was no way of getting either one without taking a flight to someplace. Too much trouble (and expense!), even for such desirables.  At least that was the case until I discovered this great store called “Spice Route” (more on that later) where, believe it or not, they have THIS! 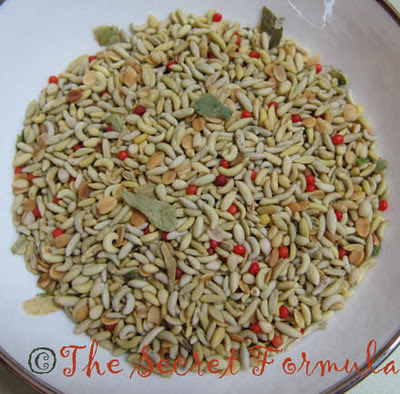 So now, if only I could find a supplier of those “pinch” measuring spoons, I’m all set.

Only, one more thing got added to the list while browsing around Spice Route’s store.
Ever heard of “Whipped Cream Honey”?  I hadn’t.  At least until then.
Now I can’t live without it.

Well, at least I don’t have to wait till I travel by air for that.

Previous Post: « No time to stand beneath the boughs, And stare as long as Tension-Free Cows
Next Post: Adrak Ki Chai (Ginger Tea, Indian Style) »